The seeds of rebellion that fell on European soil during the Enlightenment blossomed in America during the 1960s. For the radicals of France, the aim was liberation from the authority of the Church and the Crown. The Hippies sought liberation from rules of every kind and spent their days in search of "sex, drugs, and rock and roll." In both cases the provocation and source of rebellion was the same: rejection of the God of the Bible.

The philosophies of the 15th century including Voltaire, Rousseau, and a dozen or so radicals of the day, identified themselves as “new men" because they wanted to break completely with the customs and traditions of the past. In particular, they set out to cast off their heritage of faith. By the same measure, the children of the sixties set out to wage war on "establishment values" and to fight for the right to say and do things their mothers and fathers would have considered taboo. Like their European precursors, the aim of Hippies was to establish a "new order of the ages," but unlike them, their attack was aimed at the heart of the most charitable and democratic society on earth.

The sixties' radicals were "counterculture" warriors in every way. Their language, behavior, and appearance were calculated to offend and intimidate. They had a passionate hatred for "middle-class values," and despite their generally affluent childhoods, they had no love for the ethical restraints of those, like their parents and professors, who populated civilized society. Hippies, Weathermen, Black Panthers, and the communist-backed Students for a Democratic Society were not motivated, as they claimed, by a desire to improve the system. They wanted to destroy it completely. They were latter-day progeny of Karl Marx and Friedrich Nietzsche, whose writings had taught them the language and methods of nihilism. As their behavior and their choices of targets demonstrated only too well, they were committed to anarchy and to abolishing the symbols and substance of the authority that stood in their way.

The rebellion had a spiritual component as well. They scoffed at America's Judeo-Christian heritage, turning instead to Native American religions, metaphysical cults, yo1a, the Chinese I Ching, Zen and Tibetan Buddhism, and the worship of the earth goddess Gaea. To these they brought an obsession for drugs, free love, living together in communal arrangements, and the elimination of every trace of middle-class morality. The young leftists of Haight-Ashbury, Woodstock, and Altamont fully expected to overthrow the Christian religion and bring paganism back to America.

In a recent article for National Review Online, former Marine captain Mackubin Thomas Owens offers a fitting assessment of the era. He says that Americans tend to have two very different views of the sixties. The first, held by people on the left, like California Democratic politician Tom Hayden, believes the sixties were a watershed for the human spirit, a time of noble activism and idealistic self-sacrifice. Hayden once said, “We of the sixties accomplished more than most generations in American history.', His statement may be true, but certainly not in the way he meant it.

The second view comes much closer to the truth, however. It believes that the sixties were “a time of incredible intellectual flatulence, when pretentious adolescents under the tutelage of Herbert Marcuse and the like, affected a pose of moral superiority vis-à-vis their countrymen.” It was a time, he says, “when the pampered and narcissistic children of privilege spouted Marx, Guevara, and Fanon and engaged in no-fault acting-out. It was a time when self-styled radicals embraced the enemy against whom their countrymen were fighting and dying.”1

The nihilism at the heart of sixties radicalism attempted to cast murderers like Charles Manson and Black panther thugs like Huey Newton as revolutionary – a fraud that was exposed with incisive candor by two refugees of the sixties, David Horowitz and Peter Collier, in their book Destructive Generation.2 But no matter how noble the radicals pretended to be, what they were actually promoting was the tortured logic of the Enlightenment. The objective, from the very beginning, was to undermine the moral and intellectual framework of the nation, and in all fairness, they and the legions they have cozened over the past forty years have succeeded very well.

The celebration of vulgarity and vice among a small bands of dissidents in the sixties has spread throughout the nation. It has been adopted by the music industry and the popular media as their preferred mode of behavior. The dividend of this attitude is being paid today, not just among the privileged children of the rich, but by our own children and, more ominously, by those in our society who lack the resources and self-discipline to cope with the consequences of such behavior.

In an analysis of the decline of moral values in American society and the impact it is having on those within the Welfare community, columnist and novelist Joe Klein says:

It is impossible, of course, to pinpoint the precise moment when moral relativism became acceptable public policy – but in the sixties, the structures of moral authority were systematically removed from the poorest neighborhoods. A series of legal iudgments made it harder for teachers to discipline their students and for housing projects to screen their tenants; the cop on the beat was seen as an occupying force and removed. The moral consequences of programs like welfare were never considered. Instead of nurturing virtue, popular culture celebrated intemperance – and intemperance, as Adam Smith pointed out 200 years ago, may addle the rich, but it devastates the poor.3

The enormous costs brought about by this conflict have brought great hardship and compounded the problem for those involved in intervention and rescue. Just as forest fires and floods have changed the physical landscape in recent years, the storm of immorality is sweeping the Iand and changing the moral horizon for our society. 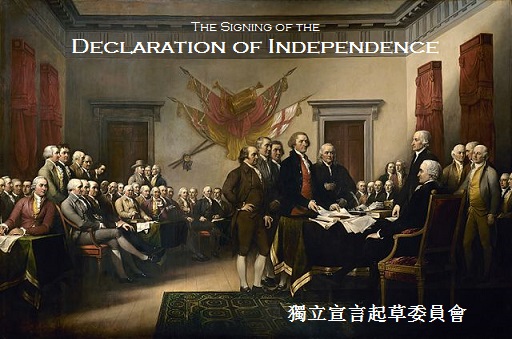