How We Can Win This War ?

How We Can Win This War ?

--From Book: America, Return to God

Here's the question of the hour: How can we stop the imperious courts and rogue local officials from overriding the will of the people, who continue to oppose homosexual marriage by a wide margin?

There is only one answer: Congress and the state legislatures must pass a Federal Marriage Amendment to define this historic institution exclusively as being between one man and one woman.

That is the passion of my heart at this stage of my life. Seven times in the past few months I have joined more than fifty pro-family leaders in Washington D C to implore members of Congress to protect the family while there is still time. I'm told there is a brief window, now that the president has expressed his strong support, when passage of a Federal Marriage Amendment might be possible. Still, the opposition to an amendment is formidable.

Since Congress apparently lacks the will to use its constitutional authority to rein in the power of the courts, "we the people" must fight for an amendment to "the Constitution that will do it for us. Let us never forget that our nation was founded in response to tyranny and oligarchy without representation.  A constitutional amendment is one avenue for ensuring that kind of tyranny does not rise up today. In a recent article published in National Review, Notre Dame law professor Gerard V. Bradley noted, "The only way to rein in this runaway Court is to change the supreme positive law: the Constitution.

The Federal Marriage Amendment (FMA) would do that. It would impose upon willful judges and justices a limitation on their ability to redefine the family. The amendment would leave legislatures free to extend some benefits to non-marital households. But courts could not."

Granted, it is terribly difficult to pass a constitutional amendment under even the best of circumstances. It requires a two-thirds majority of both houses of Congress and passage by three-fourths of the state legislatures. That has only occurred twenty-seven times in our nation's history. It will certainly not be easily accomplished at this juncture. As I write, thirty-four Senators (seven Republicans and twenty-seven Democrats) are reportedly planning to vote against the FMA. Nothing short of a national outcry by the citizens of this country will secure the necessary support.

Though imperfect, the Federal Marriage Amendment represents perhaps our last opportunity to ensure that traditional marriage is legally protected. The strength of the FMA is that it prevents the courts from distorting existing constitutional or statutory law into a requirement that marital status, or the legal incidents thereof, be reallocated pursuant to a judicial decree. In layman’s terms, that means the FMA will ensure that the constitutional status of marriage is determined by the American people and their representatives, and not by unelected judges.

I know all too well that we face a daunting challenge. Even so, previous generations of Americans stayed the course when the nation was threatened, preserving our heritage despite over-whelming odds. The difficulties faced by our parents and grandparents in the Depression and World War II were staggering. Yet through their courage, resourcefulness, tenacity, and faithfulness to the task, the generations that followed have enjoyed unprecedented prosperity and blessing.

Now it is our turn. The Peril we now face may not look the same as a world war or an economic depression but it is every bit as ominous and formidable. The well-being of future generations depends upon the way we answer this threat. History will judge us on how we handle this crisis.

ln a National Review Online article, Maggie Gallagher wrote, "Marriage is not an option, it is a precondition for social survival...Winning the gay-marriage debate may be hard, but to those of us who witnessed the fall of Communism, despair is inexcusable and irresponsible.

With God's help, and with a spirit of nationwide cooperation, I believe we can find the wisdom and strength to defend the legacy of marriage.

All Hands On Deck

I understand that you are very busy with your daily responsibilities. And the sheer import of this cultural challenge can be intimidating. Nevertheless, we need every hand on deck. This crisis is that important.

You may be outraged by the threat posed to marriage and family today, but emotions alone will not turn the advancing tide of the homosexual activist movement. Your concern and convictions must be translated into action. As Edmund Burke, the English parliamentarian, once said, “All that is necessary for evil to triumph is for good men to do nothing."

The good news is that a substantial majority of the American people favor retaining the traditional and legal definition of marriage. In every state where voters have been asked to ban "gay marriage," they have done so by a stunning margin - 69 to 3l percent in Hawaii,  68 to 32 percent in Alaska, 61 to 39 percent in California, and 70 to 30 percent in both Nevada and Nebraska. But we need to work together. Maybe you would like to dive in and make a difference, but you simply don't know what to do. Here are some ideas for how you can help defend the legacy of marriage for generations to come:

These are simply general suggestions for your course of action. There are hundreds more. A vast expanse of moral and legal territory is waiting to be reclaimed by concerned Americans like you and me, and we will accomplish that objective by taking one step at a time.

But we simply must have your participation in the struggle. Every person's involvement is critically important. There is no issue today that is more significant to our culture than the defense of the family. Not even the war on terror eclipses it. We must step up to the plate.

I am reminded of a personal story told by Dr. John Corts, former president of the Billy Graham organization. When he was sixteen, John and his younger cousins went to visit his grandfather's farm. They couldn't wait to get there and go out into the fields. They wanted to pitch hay and ride on the tractor. It sounded like so much fun.

But the grandfather was reluctant to let them go. They whined and begged until finally he said to John, "You are the eldest. You can take the kids to the field if you promise not to bring them back early. You must keep them out there until the end of the day."

John said, "I will do that, Grandfather." So they all climbed on the hay wagon and the tractor pulled them out to the field.

Very quickly, the kids grew tired and started complaining. The work was hot and sticky and they were miserable. They began asking to go back to the house. But John said, "No, Grandfather told me to keep you out here."

By lunchtime, they were exhausted and agitated. The hay was getting under their shirts and it itched. Everyone wanted to go home. But again John said, "No, Grandfather told me to keep you here."

About three o'clock in the afternoon, a large black storm cloud gathered overhead. The kids got scared and several were crying. "Please," they begged, "let us go home!" Still, the answer remained no.

At about five o'clock John said, "All right, it's time to quit." He loaded his cousins on the hay wagon, and they returned to the house. After they had taken their baths and been given something to eat, they rested for a while. Grandfather praised them warmly for the work they had done, and they became very proud of themselves.

That's when Grandfather told John why he didn't want them to quit early.

He said, "This farm has been successful through the years for one reason: We have stayed in the field when we felt like coming in. We did what needed to be done, even when we wanted to quit. That is why I wanted the kids to have the satisfying of experience of staying with something through the day."

Let me tell you what this story means to me.

We're in a very difficult situation now. It's tough. It's hard swimming against the tide of political correctness, the liberal media, the entertainment industry, Congress, the libraries, and the cultural forces making fun of us. It is not pleasant to be called “the religious right,””the far right," “religious extremists," and “fundamentalist,” “right-wing crazies." None of us likes that. But being ridiculed and marginalized is the price we must pay to defend what we believe. Jesus told us that it would be that way.

God has called us to stay in the field till the end of the day, and I, for one, will do that as long as I have breath in my body. And I beg you to do the same. How can we remain silent when the next generation hangs in the balance?

If we persevere to the end, we will hear those wonderful words from the Father, "Well done, good and faithful servant!" (Matthew 25:21).

(Excerpted from Marriage Under Fire) 2004 by James Dobson, Inc. Used with permission of Multnomah Publishers, Inc.)

"We are involved in nothing less than a civil war of values-a collision between two ways of seeing life. This is not an issue of two alternatives from which to choose, but a life-and-death struggle. And one value system is going to predominate. One is going to rule the country." - James C. Dobson 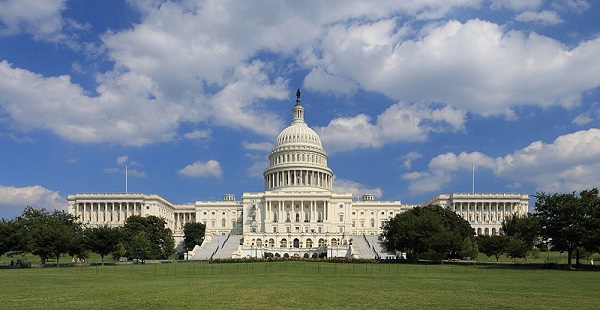 How We Can Win This War?